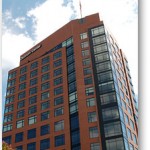 The North Carolina Sheriffs’ Association is the statewide organization of our state’s 100 Sheriffs. Through their Association, the Sheriffs work to strengthen the professional law enforcement services their offices provide to the people of North Carolina.

From its state headquarters in Raleigh, the Sheriffs’ Association:

Through their Association, North Carolina’s Sheriffs have developed a program of professional standards and training for their offices that is a national model.

North Carolina has established the first Sheriffs’ Education and Training Standards Commission in the United States.
The quality of course work and hours of training required are among the highest in the nation.
To attract and retain qualified individuals, salaries and benefits have been increased.

Through their Association, North Carolina’s Sheriffs offer a scholarship program that gives deserving students the opportunity to pursue higher education opportunities in the field of criminal justice. Scholarships are given per year to students attending one of the four-year programs in North Carolina colleges and universities.

Looking to the Future

With a solid foundation of achievement in place, the North Carolina Sheriffs’ Association is striving to give the state’s citizens even better service in the future. The Association’s goals include:

Continued programs to assure the highest quality of Deputies in service. To attract and keep the best individuals in law enforcement, pay and benefits must reflect the jobs they are asked to do.
Continued opposition to weakening our criminal laws.
Stronger protection for the rights of victims of crime and witnesses who assist in prosecuting criminals.
Building relationships with other law enforcement agencies in our State and our neighboring states.
A permanent headquarters based in the State capital with facilities for training.
Learning from — and building upon — programs sponsored by the National Sheriffs’ Association.

The Office of Sheriff

The Sheriff is one of the oldest, most important and most respected offices in our nation’s system of law and justice. Its origins and responsibilities are rooted in historical England. Only the office of King is older and has greater dignity. The Office of Sheriff was transplanted to America by the early colonists. The founding fathers made it an elected office, because they were determined that the Sheriff would be responsible to the people.

Today throughout the nation the Sheriff continues to exercise vitally important responsibilities in all three branches of our criminal justice system: law enforcement, jail/corrections and court duties.

In the State of North Carolina, Sheriffs are Constitutional Officers elected by the people of their counties. On call 24 hours a day, 365 days a year, their responsibilities include:

Patrolling the counties and enforcing the law.
Maintaining and operating jails.
Properly serving civil process papers, essential to all legal actions.
Providing security for North Carolina’s courtrooms
North Carolina’s Sheriffs take pride in their tradition. They take seriously their duties and their responsibilities to the people of North Carolina. And they are taking the initiative to meet the challenges of a changing society.

The North Carolina Sheriffs’ Association is a Non-profit, Tax Exempt organization recognized by the I.R.S.

The North Carolina Sheriffs’ Association NEVER solicits over the telephone!