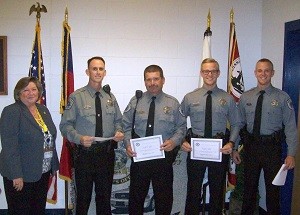 Currituck County Sheriff Susan Johnson on Friday awarded medals to five deputies for their actions during recent events that saved the lives of several people.

Deputies James Simpson, Timothy Holub and Michael Holub all responded to medical calls and provided lifesaving CPR to each patient which kept them alive for further medical treatment.

Holub was honored for two such events involving CPR.

Deputy Randy Jones and Deputy Thomas Voorhees responded to medical calls and assisted with lifesaving application of a tourniquet to patients involved in an industrial accident and with a gunshot wound which kept both alive for further medical treatment. 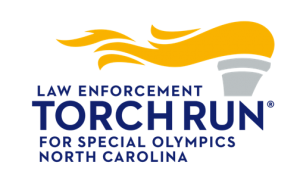 The North Carolina Law Enforcement Torch Run® for Special Olympics unites officers from law enforcement agencies and corrections facilities across the state in an annual effort to raise funds and awareness for Special Olympics North Carolina. A statewide committee of officers from various agencies oversees the annual activities of the NCLETR. The 2014 fundraising efforts by the NCLETR ended December 31, 2014.

“Law enforcement officers risk their lives everyday protecting and serving the citizens of our communities, and I applaud their dedication to helping people with intellectual disabilities involved in Special Olympics through the Law Enforcement Torch Run® for Special Olympics,” said Fishburne.

North Carolina’s political leaders refuse to decide whether a 16-year-old is a child or an adult and they are unlikely to make a decision until 2017 at the soonest.

Until they do, North Carolina teens age 16 and 17 are caught in a strange zone between adulthood and childhood: They are adults when they commit crimes, but, because they are younger than 18, they are children when they are the victims of crimes and for most other aspects of life.

The teens’ in-between status recently drew national attention when it came to light that the Cumberland County Sheriff’s Office in February charged a 16-year-old of being an adult maker of child pornography for making a nude photo of herself with her cellphone last year.

The teen faced two felony charges and would have had to register as a sex offender if convicted of them. These were later dropped in a plea bargain to a misdemeanor charge in July. 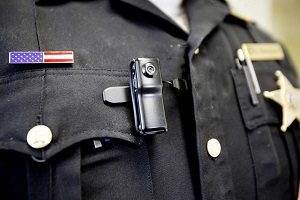 A new study based on the open-source, open-standards, StreetCred Police Killings in Context (PKIC) data project reveals that the number of unarmed civilians killed in confrontations with police is substantially lower than commonly stated in the media. At the same time, 11 officers have been arrested and indicted in five cases that appeared to prosecutors to be unjustified. The non-partisan PKIC project seeks to provide objective data and contextual facts on deadly force incidents to researchers, communities, activists, journalists and law enforcement advocacy groups.

“Police-community interactions are of critical concern to law enforcement and all Americans,” said Peter Moskos, author of, “Cop in the Hood,” who is a former Baltimore City Police Officer and an associate professor in the Department of Law, Police Science, and Criminal Justice Administration at John Jay College of Criminal Justice. “The facts are important. Objective projects like StreetCred PKIC are exactly the kind of data-driven approaches needed to foster better communication and informed debate.”

The non-commercial PKIC project, whose peer-reviewers come from across law enforcement, use-of-force experts, and industry, found 125 incidents in the first eight months of 2015 in which an unarmed civilian died after an encounter with police officers.

While design is still in its earliest phases, the new jail will likely include a number of sustainable features and cost approximately $20 million. It will replace the current Orange County Jail, which was originally constructed in 1925.

The new environmentally friendly facility will be located adjacent to the State Correctional Facility in Hillsborough and will house approximately 144 inmates, a nearly 90-inmate increase in capacity. However, rather than simply building big, the county is also focusing on building smart. Designing for improved daylighting will be one significant improvement, especially for inmates with mental health diagnoses and behavioral disorders.

In addition to potentially integrating green and sustainable systems such as geothermal heating and cooling, energy- and water-efficient fixtures and LED lighting, the jail’s flexible design will also include space for alternative and community integration programs aimed at improving outcomes and reducing recidivism rates, while also taking into account the possibility for future expansion.

RALEIGH, NC…North Carolina search and rescue teams are deployed in several areas across the Carolinas to search for people whose lives are at risk due to dangerous flooding as rainfall totals, normally associated with major hurricanes, plague portions of eastern North Carolina and nearly all South Carolina.

“These situations are exactly what our crews train for and why continual training for these search and rescue teams is so vital,” said Public Safety Secretary Frank L. Perry. “I am grateful that we have had these very experienced teams on standby and ready to respond to help the many individuals in need.”

As a Raleigh-based search and rescue crew made their way to Hyde County Sunday to assist local officials with searches, they encountered near Swan Quarter a car that had been swept off the road and was submerged in eight to ten feet of water. The quick-thinking team sprang into action and pulled the vehicle’s two passengers from the sinking car. 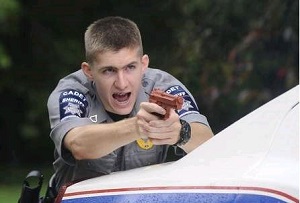 Criminals beware: The future of law enforcement is looking strong.

Outnumbered but not out-spirited, Aaron Speyer, Ian Commeaux, Megan Young, Manny Acosta and Sean Fish gave Hurn a reason to be proud. Together the contingent placed second among the 12 Cadet and Police Explorers posts that gathered on a cold and rainy weekend at Camp Grimes in McDowell County, about 60 miles northeast of Hendersonville.

“I was beyond impressed,” Hurn said of his post’s showing. “They wanted to represent their law enforcement office well — and they did.”

Just what does a North Carolina sheriff do these days?

Retired District Court Judge Stanley Peele, writing about Orange County Sheriff Charles Blackwood, says that the concept of law enforcement officers has changed from “authority, power and prestige” to one of problem-solving.

Peele quotes Sheriff Blackwood, “When people are in distress, when they have gone sideways, they look to the police to solve their problems. Police are people and people are police.”

Blackwood recently explained to me his efforts to encourage his deputies and other staff to emphasize their service responsibility and to avoid being heavy-handed when it was not absolutely necessary. Being peacemakers is as much a part of the job as being peacekeepers, he said.

Sheriffs have extraordinary authority and responsibility to enforce the law and to take practical measures to solve the various sets of human problems that challenge the goal of having a peaceful community.