Police cars in a North Carolina county will soon display “In God We Trust” decals thanks to support from a local church.

Rutherford County Sheriff Chris Francis said he’s been trying to display the nation’s motto on patrol cars for quite some time now, but it wasn’t in the budget, WLOS reported.

Fairview Baptist Church Pastor David Ledford learned of the project and decided to get involved. He offered to fund the decals and agreed to continue to fund the project as new vehicles were added to the unit. 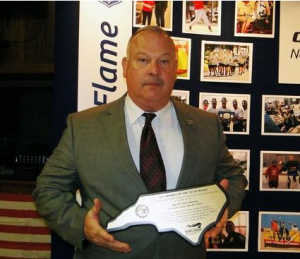 Cleveland County Sheriff Alan Norman was recognized by Special Olympics North Carolina as 2015 Sheriff of the Year for the Law Enforcement Torch Run.

Norman was honored at this year’s kickoff for the fundraising season for Special Olympics, Sgt. Melanie Martin of the Cleveland County Sheriff’s Office said. Norman was selected out of the 100 sheriffs in the state for his “leadership and dedication” concerning Special Olympics. 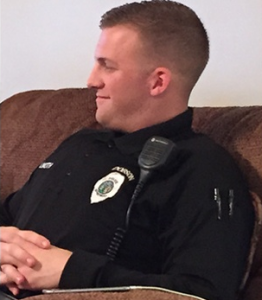 Officer Alexander “Dave” Wilmoth, 23, died at the scene of the crash just before 11 p.m. on the southbound side between mile marker 97 and 98. Wilmoth is the nephew of Surry County Sheriff Graham Atkinson.

The North Carolina Sheriffs’ Association recognized Senator Tom Apodaca in early January as a 2015 Defender of Public Safety for the work he did during the 2015 legislative session to protect public safety in North Carolina.

Senator Apodaca dedicated time and effort during the session advocating for law enforcement issues that impact the office of sheriff, local communities and the state. 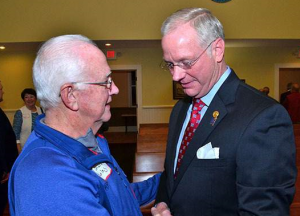 Robert Graves, a retired state trooper, will be the next Randolph County sheriff.

Graves will take the oath of office at the Feb. 1 meeting of the Randolph County commissioners.

“I’m very humbled and excited to go to work,” Graves said Monday night moments after members of the Randolph County Republican Executive Committee tapped him as their nominee to fill the unexpired term of Sheriff Maynard Reid.

“I look forward to the challenge of working with all the fine employees at the sheriff’s office. I’m ready to go to work.” 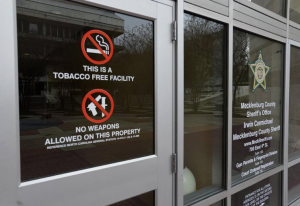 WASHINGTON – Before issuing thousands of permits each year for North Carolinians to buy handguns, sheriffs in Mecklenburg, Union and some other counties across the state have gone through an oft-futile exercise.

Relying on statutory language allowing them to ensure each gun owner is of “good moral character,” they have submitted applicants’ names to large health care facilities seeking to learn whether anyone was suicidal or otherwise mentally unfit to own a pistol.

Under the 1968 federal Gun Control Act, the sheriffs’ offices are entitled to know whether an applicant is disqualified from owning a firearm because he or she has been found by a court to be mentally ill, unable to manage his own affairs or a danger to himself and others. 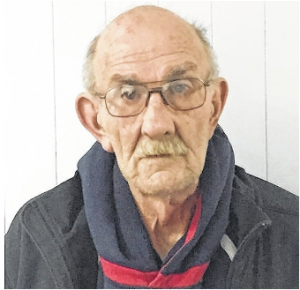 ROCKINGHAM — A Richmond County man is accused of running an illegal gambling operation.

“We got complaints from the community and our officers investigated and made an arrest,” Sheriff James E. Clemmons Jr. said Tuesday.

MacMillan was charged with one misdemeanor count each of operating or possessing slot machines and allowing gaming tables on his premises and released on a $5,000 unsecured bond. 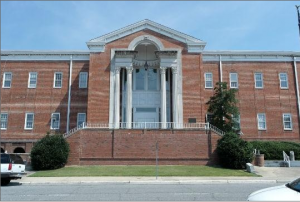 will take place at the Beaufort County Courthouse.

The changes will include modifying access to building entrances, security screening checkpoints and video surveillance, said officials. All pedestrian traffic will be directed to two exterior entrances. Other building entrances will be closed off.

County officials said Universal Protection Services from Greenville will be assisting with additional security. The Beaufort County Sheriff’s Office will continue to secure the courtrooms and other specific areas of the courthouse. 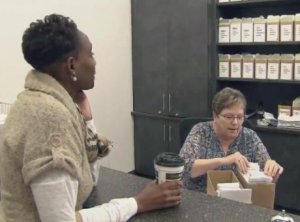 Knightdale, N.C. — On Dec. 10, a desperate mother crossed paths with a compassionate police officer and learned a lesson about human nature she hopes will inspire others.

Natasha Nicholls, an out-of-work graduate student, is sandwiched between caring for an 8-year-old son and her 76-year-old mother. As Christmas approached, she worried about being able to provide for them.

“I didn’t want to see my son disappointed for Christmas,” she said. “I had to have something for him.”

JACKSON – Northampton County Sheriff Jack Smith said he is not sure how or if his department will be impacted by President Barack Obama’s Executive Action on gun control.

In a nationally broadcast speech Jan. 5, Obama announced that he is requiring all gun sellers to get federal licenses to sell guns and that all purchasers of guns would be required to undergo background checks.

Hertford County Sheriff Juan Vaughan also said he is not sure how or if the president’s executive order would impact his department or other law enforcement agencies.

Vaughan said he would like to investigate the new rules before commenting on them.